Deprecated: Function create_function() is deprecated in /home/confide1/public_html/wp-content/themes/blogpixiecassidy/functions.php on line 266
 Ramblings By A Young SAHM 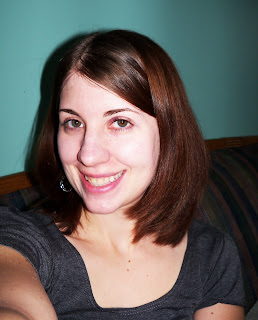 I’m 3 things that don’t seem to go together much in today’s society.
I’m 24.
I’m a mother of (soon to be) two.
I stay at home with my kiddos.
Not too long ago all three of these were the norm. Nowadays I’m a breed of woman that’s considered old fashioned and few and far between. It’s not like I rushed into motherhood though. Since I was married at the age of 19 I’d been married over 2 1/2 years before I had my first baby, probably the normal amount for most couples. I’ll have my second child almost to the day I turn 25, and yet there will be 2 1/2 years between my children. I suppose getting married that young nowadays is considered odd too. I remember getting warned about getting married so young. Many people told me that I was throwing my life away, that I need to “live first” and not go rush off to the altar. (being as I dated hubby for 3 years I hardly felt I was rushing!!) I was told that you don’t know what you want when you’re that young, and that you change so much during those years that being with someone was a mistake, because what if when you both change you find you no longer belong together?
I’ve found that yes, you do change radically. However, everyone changes, all the time. You might change more between the ages of 17 and 25 than 25 and 35 but between the later age group you still change. Everyone is constantly changing, growing, maturing, learning (or they should be!) We’ve simply learned to change together, our marriage and our shared experiences keep us close as we change. I think this will help us not be one of those couples who looks at each other when we’re both 45 and goes, “Who are you? I don’t know you anymore, you weren’t supposed to change!” We’re expecting that!
Another thing you might expect is that being stay-at-home mom is lonely. Being a stay at home mom and a military spouse compounds it triply so. Each new place I’ve moved I’ve known no one but my husband. When you’re working you naturally meet people and get the chance to interact daily with other adults. I’m so thankful for groups like MOPS and Meetup where I’ve been able to find other stay at home moms who were deprived of adult interaction as well! Yesterday during the playgroup something struck me though. I realized that the only other adult there who was probably within 7 years of my age was the French nanny of one of the little girls. She is actually a year older than me even. When I stopped and thought about it 99% of my mommy friends are all 5-10 years older than I am. Of the 1% I can only think of a few off the top of my head who actually planned and tried to have kids as young as I did. Most of the time I don’t even pause to think about the difference in age. Since I was homeschooled much of my life I learned to interact well with everyone of all ages, and even as a young teenager could carry on conversations with adults with ease. That’s transferred over to my adult life (here is where I laugh about the stereotype that homeschooling hurts you socially) and as I have a college degree, been married for almost 5 years, and am a mom, I feel I fit right in with my mommy friends and mommy playgroups. It’s just when one of them mentions something I don’t remember, or when I do something that shows the generation I grew up in, that the gap becomes clear.
Yesterday what made the age difference leap out at me was the fact that most of the ladies in our meetup group live in gorgeous huge homes. Each house we’ve had a playgroup at has had granite counter tops, a separate playroom stuffed to the brim with toys, etc. The only other military wives in the group are all officers wives. I suppose that there are other young moms, but the realization that hit me yesterday is that they’re all probably working 9-5 jobs and their kids are in daycare. The irony of hanging out with women who live in a huge gated community struck me. They’re probably stay at home moms because their families don’t need the money that would come from them working. In our case it couldn’t be further from the truth!! An E-4 salary is not substantial, I assure you!!! But both hubby and I feel that it is vitally important that I be the one who stays home with our children to nuture them and teach them, even if that means sacrifices on our part.
Does all of the above make me radically different that 99.9% of the people that I know?
Why yes.
Would I change any of it for the world?
Absolutely not!!!!!!