Deprecated: Function create_function() is deprecated in /home/confide1/public_html/wp-content/themes/blogpixiecassidy/functions.php on line 266
 The Jungle Book: Rumble in the Jungle 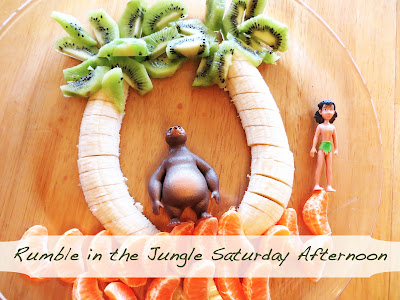 Last Saturday was one of those cold, drizzly, don’t-go-anywhere & snuggle-up-under-a-blanket kind of Saturdays. On days like those I love trying to find something a little fun and low key for the kiddos to enjoy. It just happened that I had the perfect recipe for a fun and low key afternoon!

While they were busy playing in their room I put together a plate of fruit trees–it was about time for an afternoon snack and I knew when I ran across this on Pinterest the other day that it would be a huge hit–and it was so easy and quick to put together! 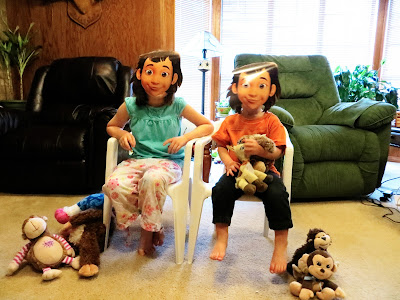 Next I called the kids and told them that I had a surprise–we were going to the JUNGLE! But first they needed to go to their room and get all their friends who lived in the jungle to come along. This was a fun activity to get them discussing what animals did and didn’t live in the jungle. We ended up with lots of monkeys and a few giraffes (both of which are some of the kiddos favorites)

Then it was time for the big reveal. I pulled out the fruit trees and announced that the big surprise was a new movie! It was The Jungle Book The Movie–Rumble in the Jungle complete with a downloadable activity kit, slide show and exclusive, collectible Mowgli and Baloo figurines (which I should mention neither kid will now be parted from–Baloo has slept with Tyler the past several nights). Only at Wal*Mart it was released today, February 12th, but we got to see it first thanks to Childs Play Communications. 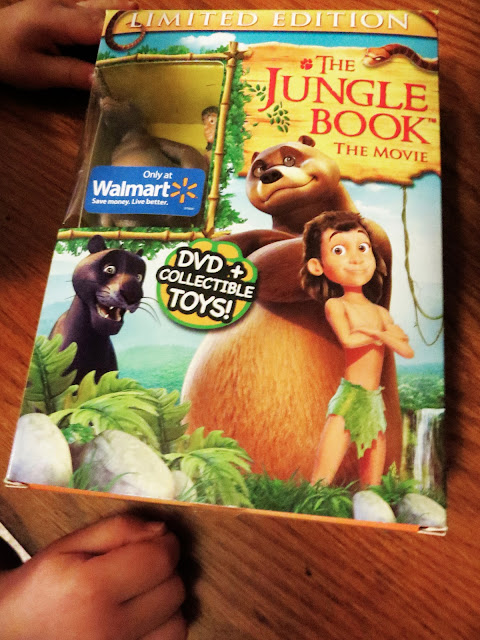 They were both ecstatic for a new movie and  sat in rapture through it (well, Amber sat–Tyler alternated between bouncing, sitting, and running around-but that’s just how he rolls) Me and my mom-in-law sat in on it too! 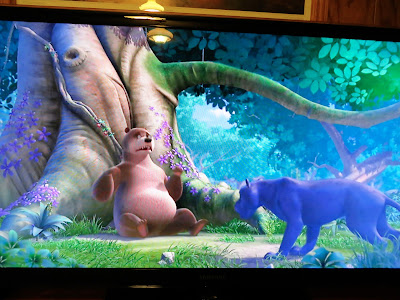 So what did we think? 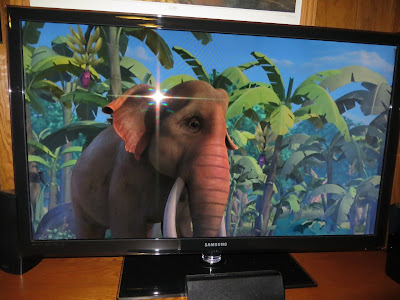 Overall I give it 4 stars! It was cute and for a smaller production studio the quality of the graphics was very good–as you can see in the pictures. There were sometimes-like at the end when Mowgli was singing-that it was hard to hear him because it felt like the sound wasn’t balanced out. The acting at times is also a bit stretched-but the kids didn’t seem to notice at all. 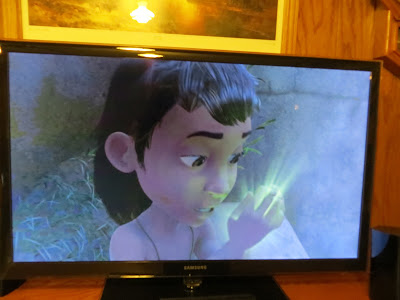 Other things that I enjoyed about it were that although it was a full length feature it is broken up into several different little stories in the overall plot that made it easy for the kids to follow with and kept their attention. There were a lot of good principles taught throughout the movie-like going back to help a competitor instead of pushing on ahead just so you could win. In an age of lots of movies that are just kind of there it’s good to see some good old fashioned morals worked in! Because of all this I’d definitely recommend it for your next stay-at-home-and-snuggle kind of a day!

What is your favorite Drizzly Saturday Kind of Movie? Leave me a comment and let me know!