Deprecated: Function create_function() is deprecated in /home/confide1/public_html/wp-content/themes/blogpixiecassidy/functions.php on line 266
 The Big 2-3 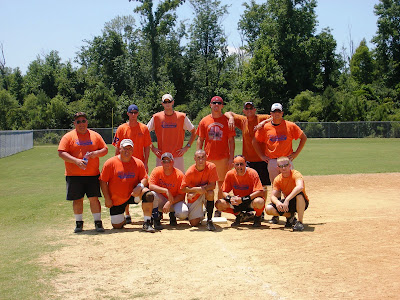 Saturday ushered in my 23rd year of life. To celebrate I got to get up at 5:30 am and spent the day in 100 degree weather watching softball–woo hoo! 😛 😉 LoL, Bob had spent the past several weeks practicing to be in the Coast Guard’s softball tournament which happened to fall on my birthday. At first I wasn’t too thrilled with the idea (those of you who know me know just how much I love the sport) but ended up really enjoying myself all day. They played four games that day the first starting at 8 am and the last ending around 6:30 pm. They won two and lost two but managed to win their last game by enough points to qualify to play the next day. Yesterday they won one but lost two and with double elimination were out. The tournament was very large, all the teams were made up of members of the Coast Guard and there were teams from Charleston, SC to Headquarters in Washington DC present. 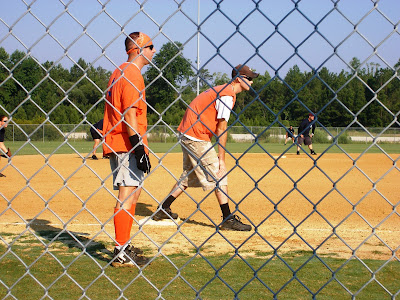 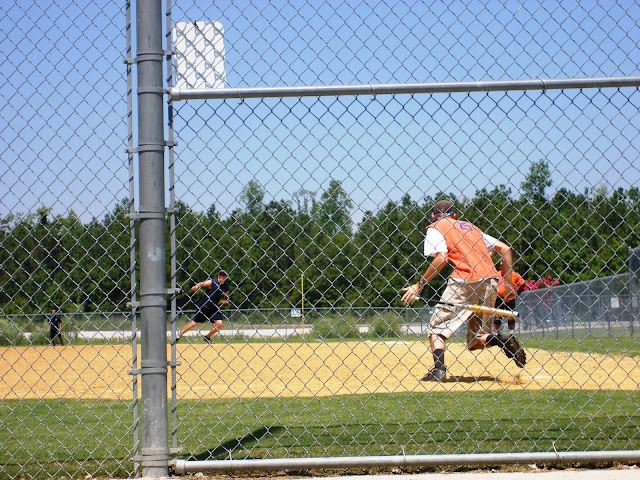 Bob’s highlights of the tournament were an in-field home run the first game and scoring the winning point in the second to last game when they were all tied up 🙂 I’d say he’d did pretty awesome considering he’d never played the sport before! 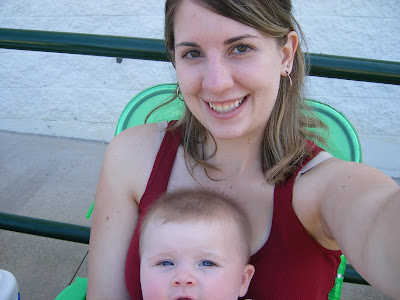 As for me I had a really fun birthday. I got several awesome gifts (thanks everyone 🙂 ) and the Dicksons came to Bob’s 3rd and 4th games so I got to have a nice chat with Lara which is always awesome! It was very nice to get out of the house and fun to watch Bob play. I was the only wife to come to all the games and the only one at all to come watch the team play their first game thus I was dubbed “a trooper” by several of the guys on the team 🙂 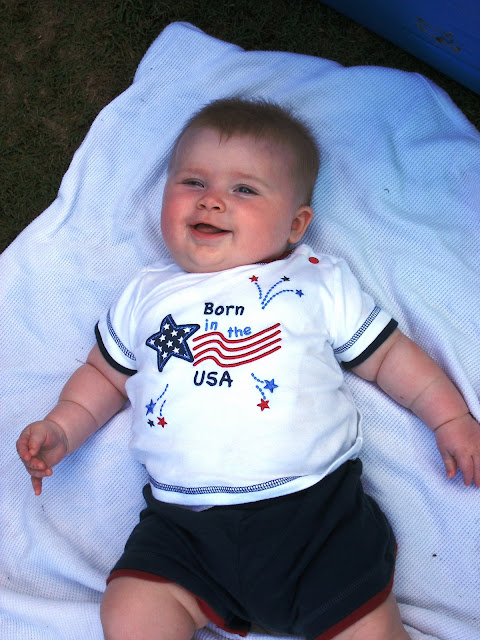 Amber really was a trooper because we got her up so early and she barely got any naps all day but remained a happy baby for the most part 🙂 She liked to get her little toes in the grass and rub her feet back and forth, lol. 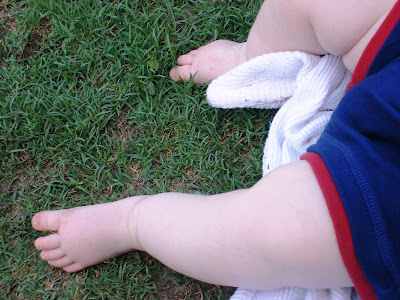 After the games and showers to wash the sticky humidity off we went to Outback for a late b*day dinner which was delicious as always. All in all it was a great way to spend a birthday!