Since I don’t want to leave my blog with a long ranting post 😉 Here’s an update on things in my world.

This week has been going much better!! I went into First Flight on Tuesday and they refunded the $105 worth of overage charges they cost us. They were very polite and sweet about it and apologized several time for the mess up and inconvenience….so I’m not furious at them anymore, lol. Our wonderful parents (both sets of them) were their normal wonderful selves and helped us out in our pinch *thank you guys!!!!!!!!!!* and my mom gave me a great idea about what to do to get rid of the high interest on our ring payment.
Up till this month Bob and I had never ever used a credit card. That was another thing that was freaking me out too-I know what bad news they can be!!! But then I figured that if we’re in our mid-ish 20s and this is the first time we’ve ever had to use one then we’re actually pretty well off. And as long as we’re not out buying a flat screen tv for ourselves with it I suppose I shouldn’t freak out if we need to use one to by a vacuum cleaner!!!
Amber’s been worse this week than last week, poor baby! But her 2nd toofer made it’s grand debut yesterday (after a night of being up every 1 1/2 to 2 hours screaming at the top of her lungs, poor thing :S) But now that it’s poking through she seems to be doing much much better. Last night she was only up 3 times and today she’s been in a pretty good mood.
Also we’ve been getting good news about Laramie–hurrah!! We found out that it’s only costs around $600ish per month for a 2 bed apartment 😀 Which is exactly what I was hoping for. I’m kinda bummed out about downgrading from our condo (I’ve LOVED my huge kitchen and we’ve never had less than 1.5 baths) but am totally willing to sacrifice in order for Bob to get his degree. I was worried that because of the odd timing of us moving there (middle of a semester) that we would also have a slim selection but my in-laws sent us a newspaper from Laramie and looking at the classifieds there were at least 10 places I would have been interested in looking into 🙂 So that of course is very good news!
But anyways…didn’t want to go on forever…just to let everyone know that God is good 😀 and I’m in a much better mood 😉
Here’s some pics of my cutie patootie 😀 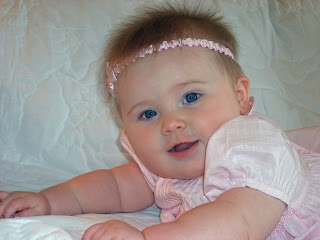 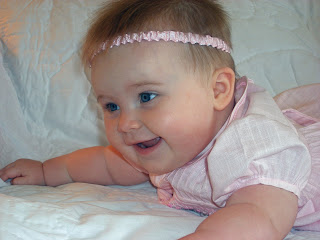 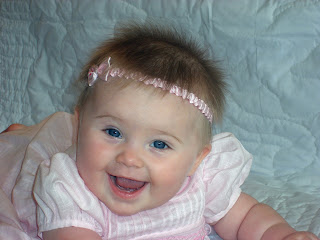 8 thoughts on “Much Mo Betta”

Leave a Reply to Jeremy and Heidi Cancel reply