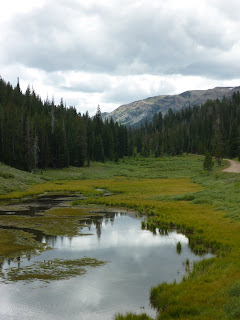 Amber’s first Camping trip did not go the way I envisioned. Instead of a joyous time with lots of wonderful memories, fun, and laughter, there was a terrible accident the first day right after we got there. My family’s dog was killed and I was the first person to see him. 🙁 It was very traumatizing….I still shudder when I think about it. I posted a blog before this one as a tribute to him. I’m just so thankful Amber was too little to have a clue what was going on. She just went around patting everyone on the back and saying “Ooohh!!!” As she gave them hugs. She helped everyone soooo much! I don’t know what we would have done without my little ray of sunshine! It also helped that we had friends of the family camping with us so there were people who weren’t as affected by what happened that we all needed to be cheerful for and put on a good face for.
Even though that did put a huge damper on the whole trip and there were as many tears as there were smiles I’m happy to say that there still were smiles. Here is a recap of the good times! 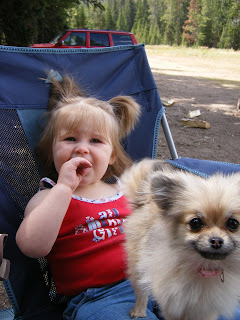 Amber and “Meow” She thought Adelaide was a cat and it was hilarious! 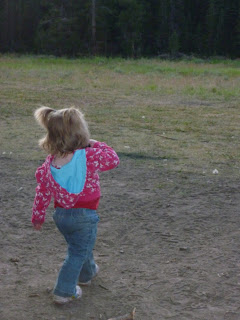 Strutting her stuff and talking on the phone–like always! 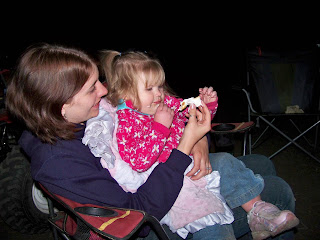 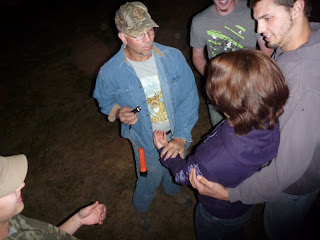 Star Tripping–seriously awesome!!!! You look up straight up at the stars and spin around about 20 times with people in a circle around you and then they flash you in the eyes with a flashlight and you go completely limp and fall. (of course they have to catch you!!!) it’s crazy–try it sometime!!! (but not you Paulina–I’m afraid it would make you sick!) 🙂
Yet another thing I love about Wyoming is, especially when you’re up camping, you can see more stars than anywhere, you can even see the Milky Way in all it’s glory. The last night we were up there I saw 7 shooting stars and one was huge!!!! 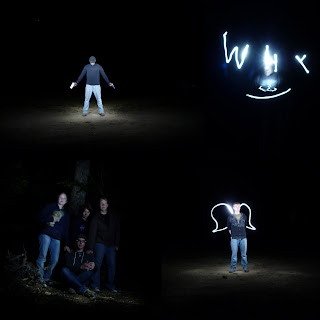 My brother Ryan discovered that his camera had time lapse settings on his camera and the boys decided to play around with that. Cool and creepy pictures followed! (the picture I’m in was supposed to resemble one of those old creepy family portraits, I’m pretty proud of how very creepy I look!) 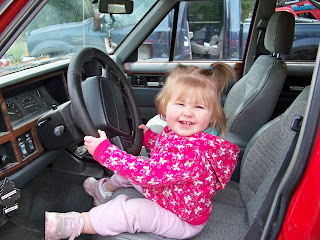 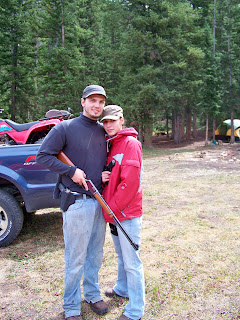 In Wyoming we still like our guns, thank you very much!!!!!!! 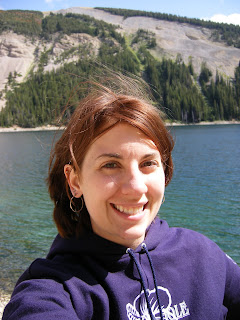 We all had a blast at Middle Piney Lake. It was completely gorgeous! I couldn’t get over how deep blue the water is. 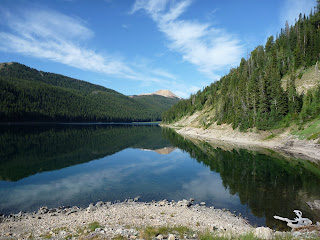 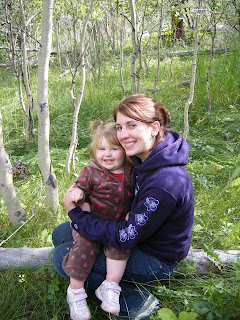 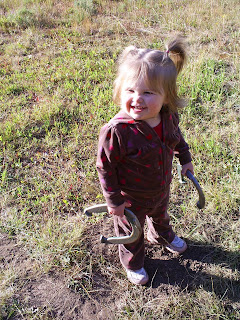 Horse shoes are always a good time!!!! Even Amber thought so! 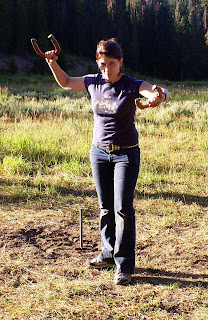 *tyra bank voice* “She can do a fiiiiierrrce fierce picha!!!” 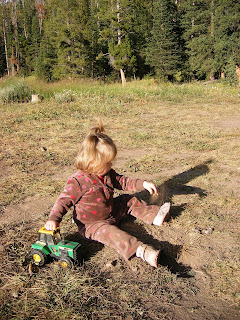 That’s my girl! John Deere in one hand, dirt in the other! 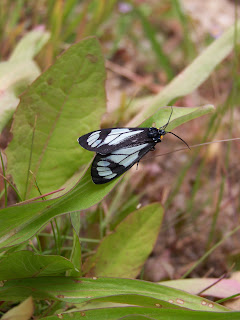 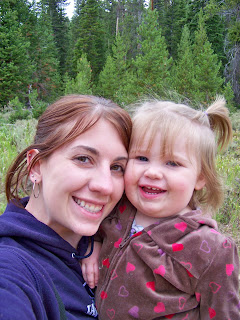 Even though it wasn’t what I was hoping for, Amber had a blast and I do have several wonderful memories to keep from it as well.