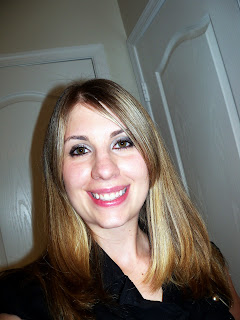 It seems that it has been so long since I have had a “normal” year that I cannot remember the last time it happened…I’m not sure I’ve even had what could be considered a normal year since I got married. Every time I’ve turned around for the past 6 1/2 years we’ve either been moving out of state, dealing with a long distance relationship, pregnant (which for me involves 9 months of throwing up daily), or recovering from a baby and all the crazy that is life with a newborn. Often it’s been any combination of the above at once.

2012, for the moment at least, looks as if it might be blessedly normal with no planned moves, long separations, pregnancies or babies. I am honestly quite thrilled about this. It seems that each and every year I go into the new year with plans, goals, and enthusiasm only to have them all easily derailed by all the above things. From goal mode I go into simply survival mode as each situation requires. It’s hard to keep your motivation to wake up early to work out when you’re being woken up 4-6 times a night, or to spend meaningful time devoted to Bible study and creativity when you have just a few weeks to prepare to move out of state yet again.  After the same goal/resolution/to do list year after year I’m tired of another year looking at wanting to accomplish the same things. This year I have no excuses to NOT do all of these things–and so I will be attacking them.

One by one I’ll be breaking them down, scheduling them out, and actually *accomplishing* them.

So here’s to 2012, here’s to no more excuses, and here’s to going into 2013 with a totally different goal list than I have this year!