Neither one of us had ever seen Men In Black so we were totally lost in the storyline and the jokes went over our heads-afterwords he apologized and called the movie “lame”.

Fast forward a few years to me dating my hubby. Being a total Sci-Fi geeky kind of guy we were talking movies one night and he mentioned Men In Black. I said I thought it was a dumb movie and he was totally horrified. After digging a little deeper I admited to him that I’d only seen the second movie-to which he replied, “Well that’s why you think that then, you have to see the first one first, silly.” So then we had to watch the first one that night-after which I decided that I did, in fact, quite like the series!! 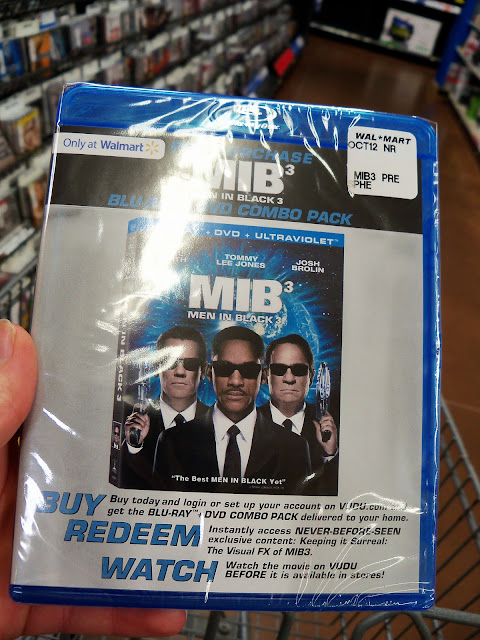 Fast forward–uh–a couple more years, and that brings us to yesterday–when I went in to Wal*Mart to pre-order MIB3.  Have you seen the previews yet? If not here it is!

I’ve never pre-ordered a movie before and I loved how simple it was!

1. First pick up this box in the new release section of Wal*Mart 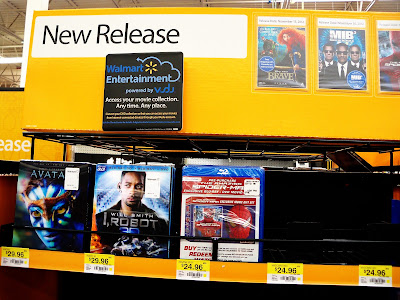 2. At Home Open it up and follow the steps to set up your VuDu & Ultra Violet Accounts (took me about 3 minutes) 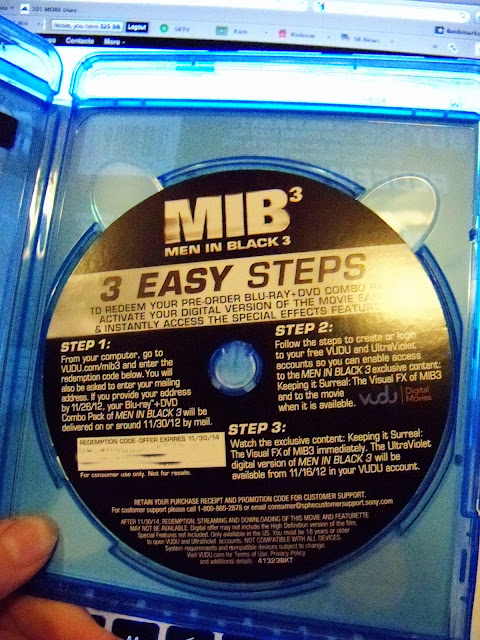 3. Sit back and wait for them to mail the Men In Black 3 DVD/Blue Ray right to you! **Plus** you get to watch the digital copy through VuDu *before* it comes out in stores–pretty cool!! We’re planning on having a super fun Men In Black viewing party with my in-laws to celebrate (post on that to come!) 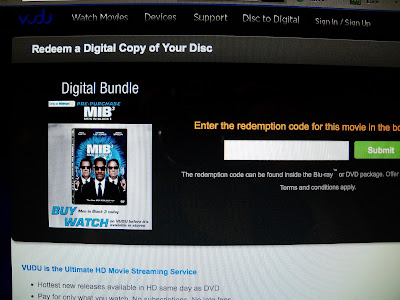 I am a member of the Collective Bias®  Social Fabric® Community.  This shop has been compensated as part of a social shopper insights study for Collective Bias™ and Sony #CBias #SocialFabric #SEEMIB3