What seems like it was just yesterday I shared with you about Why It’s Better to Do Sports In The Summer. Our camp week has now come and gone, and as it was our very first experience with British Soccer Camp I wanted to come back and let you all know how it went!

Going up to the camp there was good communication through email. The first day we ended up getting rained out and they were great at keeping us in the loop about whether or not it would be canceled. To make up for the first day that we missed they added on extra time at the end of each day to make sure all the parents got their investment’s worth. 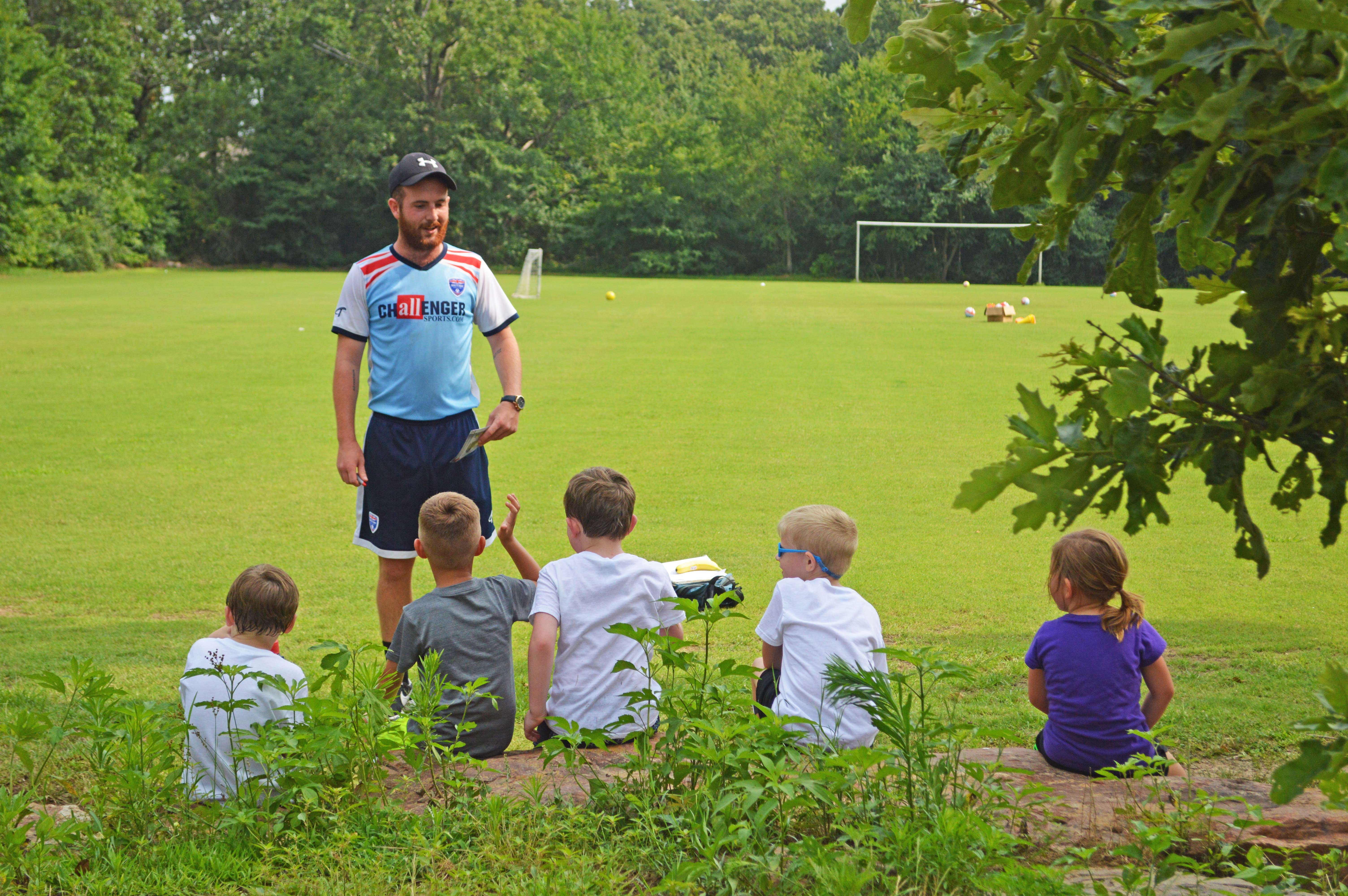 As I mentioned before Amber loved being in soccer, but only when she was able to be the goalie. As a result, she was a little unsure if she would enjoy the camp or not. After the very first day, though, she said she was really enjoying it!

When I first showed up I realized that the kids were grouped into two groups, the younger kids camp, and the bigger kids camp. Because of this Amber had some kids her age at the camp, but also a few teenagers. I was wondering if this would be a problem, but it wasn’t at all. There was a nice mix of learning, drills, and games.

They also did a great job of mixing in lots of fun. For her week they split all the kids into different world soccer teams. Then they kept score throughout the week to see which team would win the World Cup. One of the ways to earn points was to dress any way you could in your team’s color. We went all the way and I even let Amber dye her hair blue using a temporary wash out dye! (Our family has an affinity for fun hair if you hadn’t noticed by now). The coaches couldn’t stop laughing when she showed up in blue from head to toe, but she did earn extra points! Each day they had a new fun, funny challenge for points.

Another fun thing they did was during snack and water break they had the kids take turns telling funny, silly, or other kinds of stories. The kids all loved this, and there was lots of laughter!

The coaches were so nice, too! I especially loved Coach Dan who was over the younger kid’s group. Since it was only part of the time Amber was in camp he spent lots of time chatting with me and the other parents. He even helped Tyler hunt for bugs in the woods. The coaches British accents are just way too fun and we had a great time comparing life in Texas to life in Great Britain (so many differences!)

The very last day was all fun and games. At the end the coaches even let all the kids attack them with water in all its fun forms. (Personally, I think that they really enjoyed it since by Friday it was HOT!!!)

We had a wonderful experience and I am very impressed! Many parents showed up and watched from the sidelines the entire camp time. However, you were also free to drop off your kids and leave. I did both throughout the week. During our sideline chats several moms most told me that they do this camp every single year. It was clear it’s always ran well, and that they all love it. We had a great time and I know Amber is looking forward to doing it again next summer!

If you’d like to find a British Soccer Camp Near You Check out the Challenger Sports Website Here.