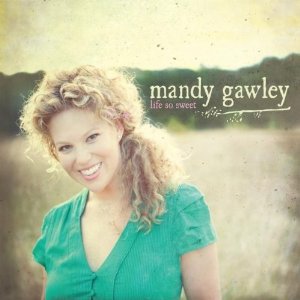 As I’ve mentioned I have an extremely diverse taste range when it comes to music. I always find myself coming back to my “country roots” over and over again though.

One of my favorite things to do here in Boston is to crank it up when I’m stuck in traffic. Hearing about dirt roads and sunshine makes me picture being out fishing on a cloudless day in Wyoming–rather than being stuck in traffic in the rain here in New England! It was funny that in her song Biscuits & Chicken on Life So Sweet

Mandy Gawley reminds me a little of Sugarland in some of her songs, but she definitely has her own unique, yet very country sound. There are a good mix of fun and funky songs, but my favorites on the album are the softer sweeter songs like The Love We Leave Behind and What I Know Now.

Hop on over to Amazon

so you can listen for yourself and read what other listeners are saying! 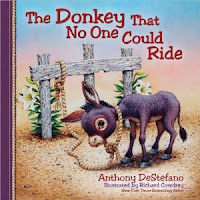 The only holiday related books that stay in our bookcase year round are those that have to do with Easter.

The way I see it the story of Easter is relevant year round–every day in fact!

This year Amber got The Donkey That No One Could Ride

in her Easter basket and we have been enjoying it ever since! A story about the little donkey who was used for Jesus’s triumphal entry into Jerusalem, it focuses on an often over looked but crucial part of the Easter Story.

The story is simple, yet powerful, and the pictures are absolutely amazing!

END_OF_DOCUMENT_TOKEN_TO_BE_REPLACED

and that was 360 pages long! However, now I’m glad that I was sent this book to review!

I found the book to be one that you had to focus on while reading–this is no light and fluffy storyline that you can just waltz through. With intricate stories lines that weave in and out of each other and deeply developed characters you definitely need to pay attention or you’ll get lost. Other than that, however, I found the story to be extremely interesting, even for me, and it kept me turning the pages. Even with how huge it is I was able to finish it off quickly–going faster as I neared the end to find out what was going to happen! I’ll warn you though-it ends in a cliff hanger! I enjoyed it to the point that I will definitely want to read the next book to find out what is going to happen. I loved the ever so subtle hints of Christianity woven throughout the book, and the way it portrayed all the different characters and their many facets. This is a great read, even if it is not your usual genre! 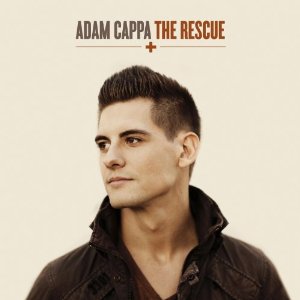 END_OF_DOCUMENT_TOKEN_TO_BE_REPLACED

Oh yes…you DID read that title right….and yes–you are on MY blog. See if you know me very well you probably never expected to see the “S” Word (you know….sex) on my blog….ever.

Well to be honest I didn’t really think it ever would show up either! But especially after reading this book–I wonder why I thought that. But maybe I should back up a little and explain how exactly we arrived at this point….

END_OF_DOCUMENT_TOKEN_TO_BE_REPLACED

At the beginning of this year I decided that every Friday night that Bob was home was going to be Date Night for us. Seven years into our marriage I feel that keeping the flirt and the spark in our marriage is super important! Since he’s in the military we’re thousands of miles away from both our families and move so often getting a babysitter for a “real” date only happens once in a blue moon.
So we just do the next best thing–an at home date night once the kiddos are in bed! I always make sure that on Friday’s I “get pretty” you know–actually doing my hair, my makeup, and putting on some cute clothes and my best perfume. Although sometimes we play Phase 10 or sit around chatting, our favorite at home dates are watching movies together snuggled on our amazing comfy couches.
Yesterday I decided to go on a trek to rent This Means War from Blockbuster Express and pick up some snacks for our weekly date night. 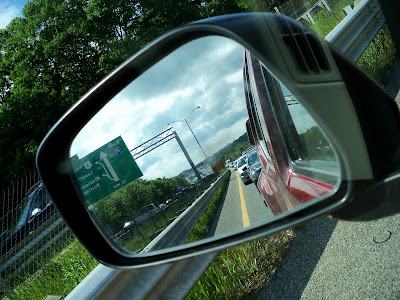 Mmmm…..yeah. I *thought* that I could beat rush hour traffic by leaving at 2 p.m. There I go thinking again! If I ever have a *brilliant* idea like that again will someone please slap me? Repeat after me “Don’t go *anywhere* if it involves driving on the interstate on holiday weekends in Boston. 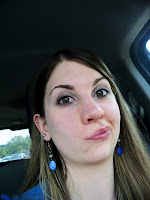 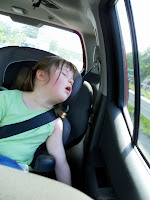 Here is me after 2 hours of stop and go traffic. I also spent the time bouncing up and down and dancing to some random British folk pop group (I took Bob’s vehicle and forgot to grab any cds) and listening to Piano Concerto #5,895 play in the minor chord of e. Amber decided to catch up on her beauty rest–can’t say as I blame her! 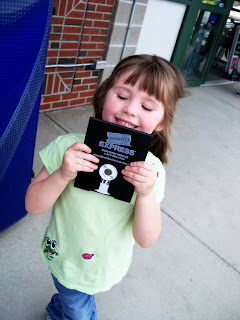 But at long last we completed our trek to the  BlockBuster Express and got our movie with great success!

Then it was time to make some goodies–because what’s a date without a few treats right? I opted to go for my ultimate secret weapon….my world famous chocolate chip cookies! I’m *pretty* sure they’re why Bob married me in the first place! 😉 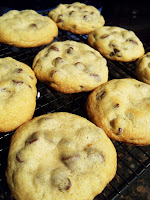 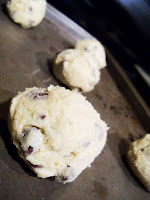 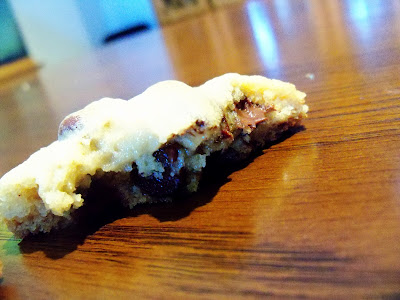 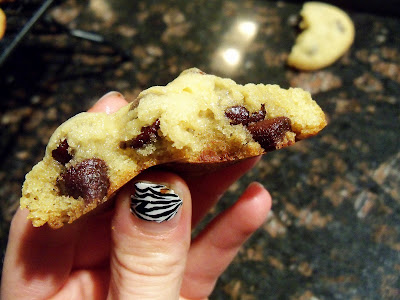 Then finally it was date time! 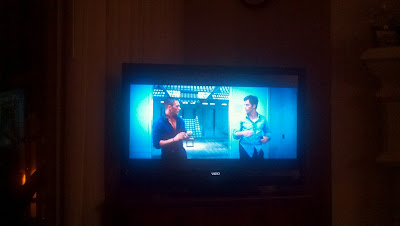 Of course the most fun part of watching any movie is getting to be a couch critic–so here is my take on This Means War (rated PG-13)
The Goods:
The Bads
The Verdict
Overall I would give this movie 3.5 out of 5 Couches 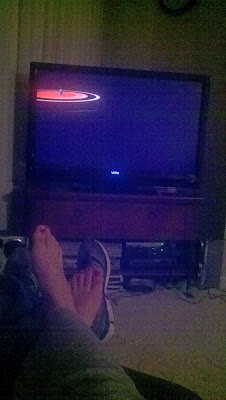 Oh–and the best part of at home date nights? Getting to watch a movie in my holey favorite sweat pants and barefoot!!!
If you’d like to check out the rest of my journey to BlockBuster Express and Wal*Mart for my goodies please check out my Google+ Album!
This shop has been compensated as part of a social shopper insights study for Collective Bias. #CBias All dancing, traffic jams, and references to former love triangles are my own. 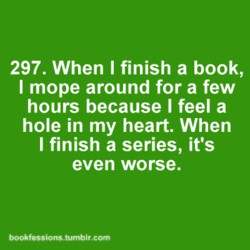 So, just in case you somehow missed the Memo….I’m a bit of a book worm. Ok, ok….so more than a bit! I always have been and it still is the perfect way for me to de-stress, unwind, and get some much needed “me” time in at the end of each day. Lately I’ve been seeming to need it even more than normal…which means I have a great big ol’ stack of books to review this week! 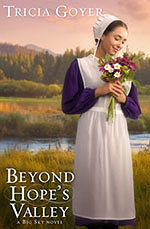 Today’s book is Beyond Hope’s Valley by Tricia Goyer

it’s the end of the Big Sky Novel’s and I have to admit I felt a little bit like the picture above–that I of course found on Pinterest! 😉

END_OF_DOCUMENT_TOKEN_TO_BE_REPLACED

Not too long ago I dished about the fact that I’m a closet nerd who loves to read Young Adult books–it’s true! And after reading The Magic Warble

. I just love series…I never feel like characters and story lines can grow the way they should if everything is wrapped up into a single book. In my mind the best stories always come in series!

It was fun getting reacquainted with an older Katrina in this book as well as the other characters like Werrien, and Hester and Davina of course too! Fun and easy to read I loved and was surprised at the crazy twist at the end of the book–for someone who prides herself on “calling” things I definitely didn’t see any of the twists coming! The book ends on a cliffhanger…so I’m definitely looking forward to the *next* book even more! This is the book I gave my sister for Christmas and she enjoyed as well. Although it does play off of the Magic Warble it serves well as a stand alone book also. The Black Shard was a very fun read–I’d recommend it for young adults (and slightly older adults…..like me hehe) as well! Be sure to hop on over to Amazon to read some more reviews–so far it has 5 stars!

One lucky reader will win their own copy of The Black Shard! a Rafflecopter giveaway 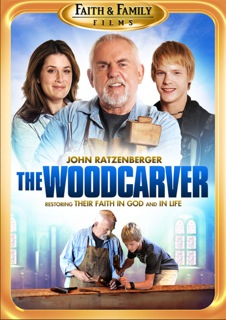 Although we don’t watch a ton of TV at our house hubby and I both enjoy snuggling up at the end of the day or on weekends and watching a good movie or one of our favorite TV shows together. My favorites are good clean films that also have a great, unique storyline, good production value, and great acting. And unfortunately that’s usually extremely hard to find!

Well I now have a new movie to add to my favorites list! The Woodcarver blew me away! I watched it last night and it was truly awesome. It made me laugh, and it made me cry (real tears–more than once!) and it left me with that warm fuzzy feeling inside that great movies leave me with (am I the only one that happens to?) I loved all the the characters and the acting was extremely good (which is always harder to achieve when you have several tense/tearful scenes) as was the production value.

The story line is about a troubled teenager whose parents are in the midst of a divorce and a lonely man who has lost his wife of 40+ years to cancer. It gives a great view of very real and common problems in life and how God can work through them all. I’d highly recommend it for the entire family!

I received one or more of the products or services mentioned above for free in the hope that I would mention it on my blog. Regardless, I only recommend products or services I use personally and believe will be good for my readers. I am disclosing this in accordance with the Federal Trade Commission’s 16 CFR, Part 255: “Guides Concerning the Use of Endorsements and Testimonials in Advertising 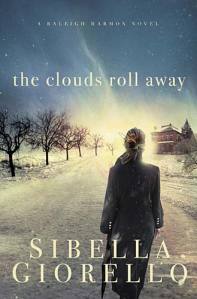